George Panoutsos and Adrian Solis from the University of Sheffield attended the 2016 World Congress on Computational Intelligence, the largest IEEE event for the titled research theme. The two COMBILASER researchers presented two papers relevant to the H2020 project [1] and [2].

George Panoutsos was invited by the organisers to act as the session chair for the session in ‘Granular Computing’, in which [2] was presented. In collaboration with Luka Eciolaza (from the COMBILASER partner LORTEK) George Panoutsos jointly organised the special session in ‘Fuzzy Approaches for Advanced Manufacturing’, in which [1] was also presented.

Both papers are fundamental to the self-learning system, which is at the core of the COMBILASER project. Paper [1] entails the feature selection algorithm that will be used to capture the critical process variables of each case study (HIDRIA, TM Comas, ORKLI) using a new method based on information measures and Radial Basis Functions. The article presents the methodology as well as simulation results in well-known benchmark datasets. Paper [2] includes the granular computing-based framework that will be used as an iterative algorithm to capture the process dynamics (as ‘information granules’). Both papers were very well received by the audience and stimulated interesting questions/discussions after each presentation.

General information about the event you can find on the link: http://www.wcci2016.org/ 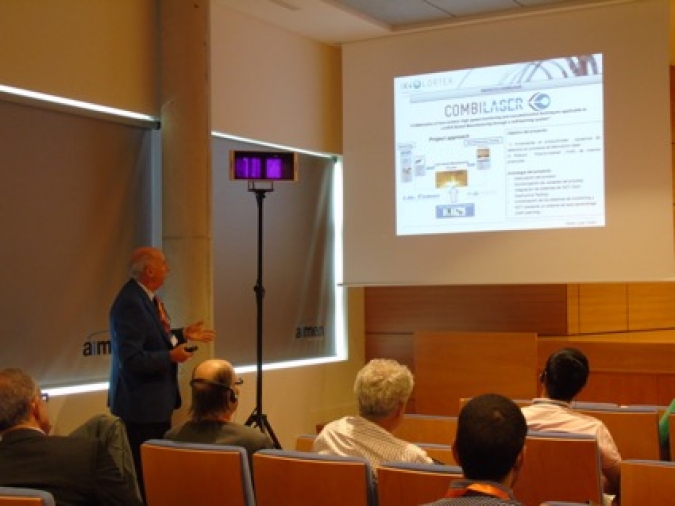 COMBILASER Project was presented by Fidel Zubiri from IK4-Lortek during XII Workshop on Processing Materials with Laser Technology that took place in Vigo. In this presentation the progress about the cladding process was introduced as well as the project approach. Attendee’s number was around 100 coming from different sectors such as universities, research institutes and industrial companies with special interest in laser based manufacturing.

SiEVA Development Centre presented the COMBILASER project on The Future of Road Mobility Forum – FORM, which took place on 19th October in Brussels. 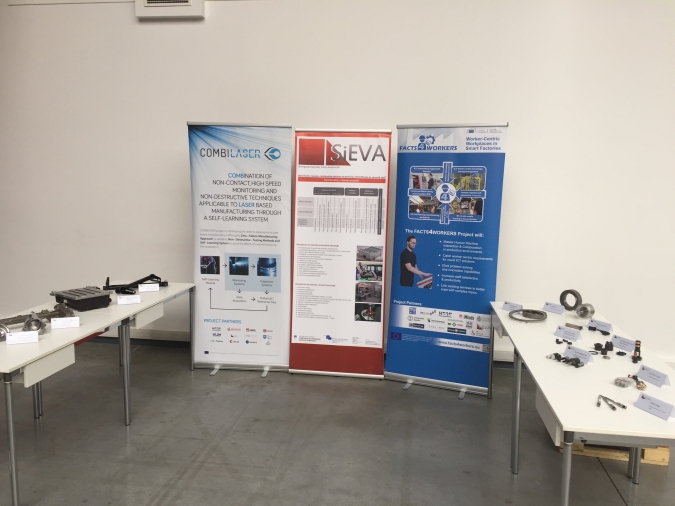 The FORM Forum is a gathering of major European industrial, academia and governmental stakeholders, intended to share knowledge and ideas concerning the future of road mobility and is organized by EARPA – European Automotive Research Partners Association. The main topics of this year's forum were: 1. Future Transport Systems 2. Future Energy Systems 3. The Circular Economy and a special wildcard topic 4. Wildcard: Future role/responsibility of EARPA members.


The FORM Forum is foreseen as platform where all EARPA partners can exchange ideas and recent research results among the EARPA community as well as with external partners from the European automotive research arena. One element of the event was the presentation of recent results from projects where EARPA partners are involved. EARPA members and EARPA project partners were encouraged to present successfully completed projects or recent results from on-going projects in the context of EARPA’s vision on the Future of Road Mobility (national projects and European projects).

SiEVA used the opportunity to present two of its Horizon 2020 projects, among them also COMBILASER. At its stand SiEVA also presented the main products it developed within the 2011-2014 period, the first phase of SiEVA's operational establishment with help of PPP funding scheme. One of the presented products was also Hidria OPTYMUS Pressure-Sensor Glow Plug. This glow plug is also the basis of the Hidria AET use-case in COMBILASER whose first prototype solution deployment are expected in next year. The COMBILASER prototype solution comes in right time for COMBILASER project partner and coordinator Hidria, since the SOP of the glow-plug is expected to be launched somewhere at the end of 2017/beginning 2018. The COMBILASER consortium will thus have enough time to finalize the solution which will be embedded on the Hidria AET UC production line and is expected to greatly shorten the market uptake phase for the product, decrease scrap parts for the glow plug for 50% and implement a zero-defect solution, greatly increasing the quality of the developed product. 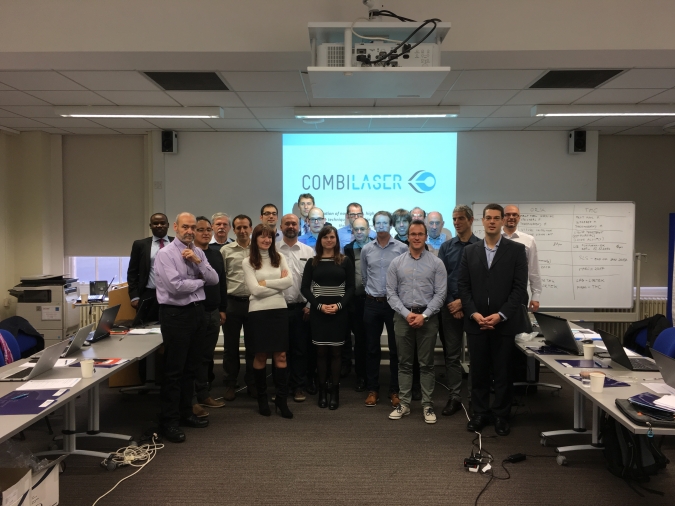 From 29th November till' 1st December, The University of Sheffield hosted the fifth meeting of the  COMBILASER project consortium. The meeting was a great opportunity to assess the work completed thus far and prepare for the intensive third and final year ahead.

The two-day meeting consisted of discussing in-depth the current state of development activities within the project and first preparations for the forthcoming review meeting with the European Commission which is planned in first half of 2017.

The project partner also had an opportunity to acquaint themselves with R&D and teaching capabilities of the Sheffield University. The University  staff presented to them the laboratories, research capacities and projects in fields related to mechatronics and especially robotics. Partner have also been given a tour of the brand new Diamond Building which houses the University's innovative multidisciplinary engineering education facilities which enable common learning to students of multiple engineering faculties implementing innovative teaching solutions (such as student-led learning).

Our vision is to create a solution that will with its use-cases serve as a model for different branches of European industry on how to address the ever more demanding standards in the industry ...